The mayor who brought colour to Albania 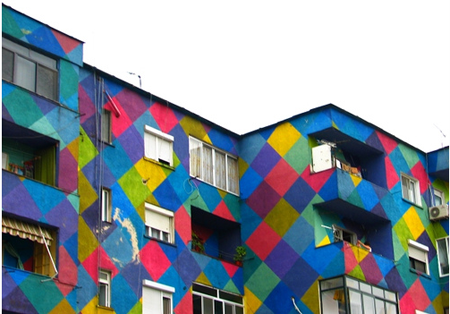 Photos by Megan Ruth Jack
The mayor who brought colour to Albania
by Jacky Rowland, BBC correspondent in Tirana

Albania was once the most isolated country in Europe and its capital, Tirana, was blighted by socialist architecture and decaying infrastructure.

After the fall of Communism, there was a free-for-all. New buildings went up in an unchecked manner but no-one bothered to fix the roads, the power cables and the sewage system.

Now, however, Tirana has had a facelift.

The new Mayor, Edi Rama, was first elected into office in 2000 and has cleaned up scruffy avenues and repaired roads and public buildings. But the mayor’s unconventional approach and his strong personality have ruffled more than a few feathers.

He is a big man with big ideas, and has made colour his trademark: paintbrush-wielding teams have turned grim concrete facades into a blaze of colour and abstract designs. 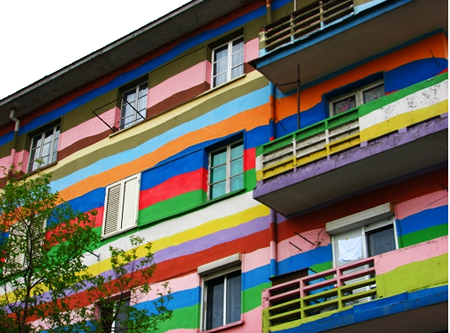 “I’m not sure I am a politician,” the mayor told me, standing on a balcony overlooking the main square of Tirana. “I would say that I am still an artist and I’m trying to use politics as an instrument for change.”

This entry was posted on Wednesday, November 25th, 2009 at 12:43 pm and is filed under GC003-Hidden. You can follow any responses to this entry through the RSS 2.0 feed. Both comments and pings are currently closed.