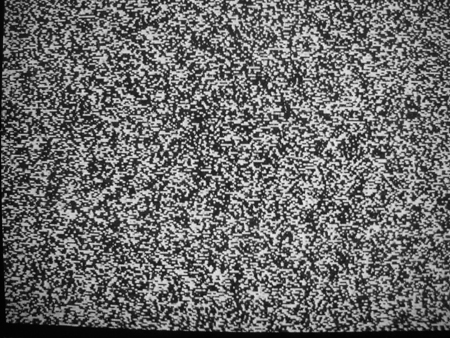 Film sequences created by playing tracks to flash program. The flash program responds to a microphone input. Blocks flash black/white flash on/off according to amplitude/microphone detection. Sequence and timing is determined by microphone.

I then drew out each frame from the recording and created a mapping sequence. 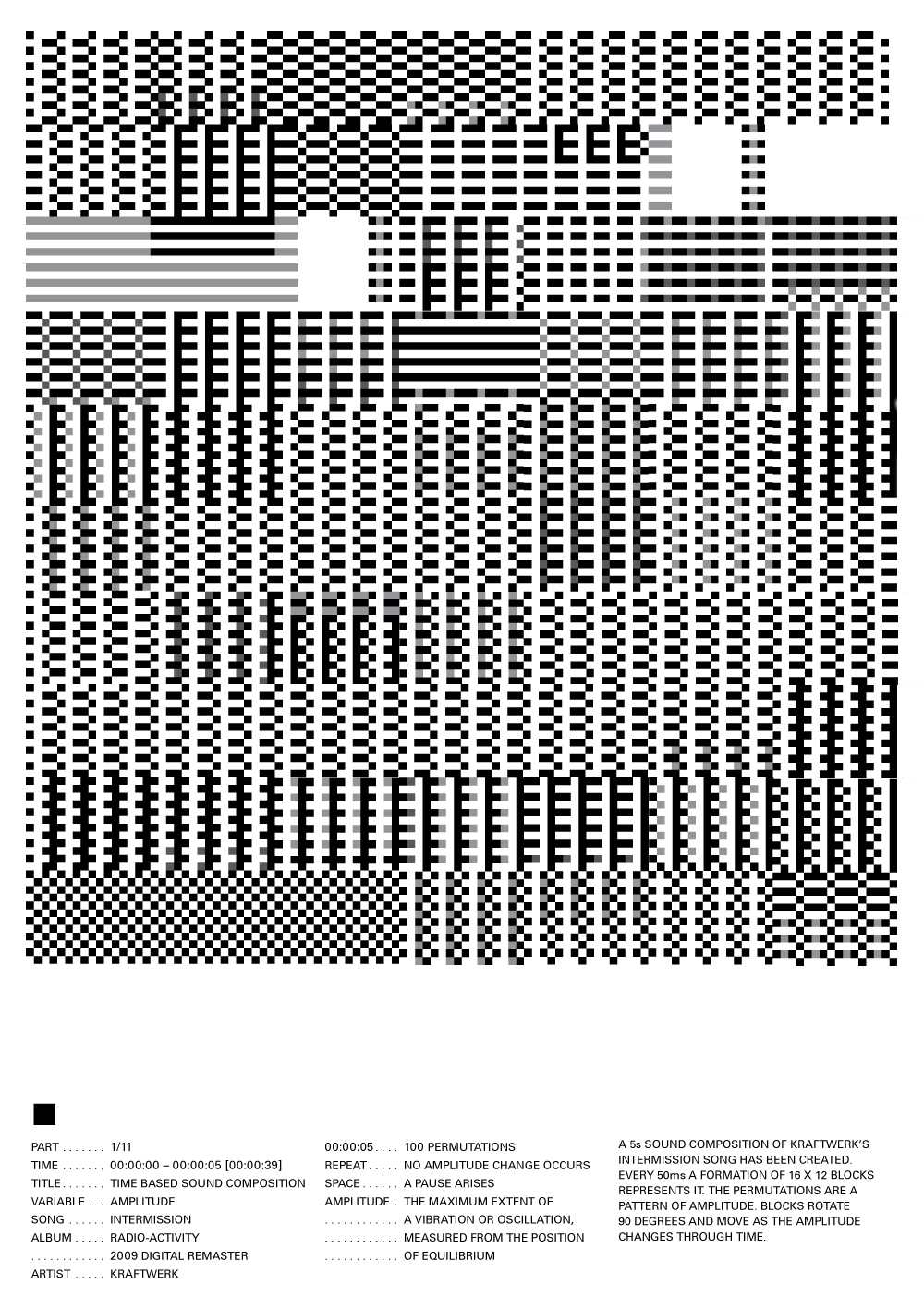 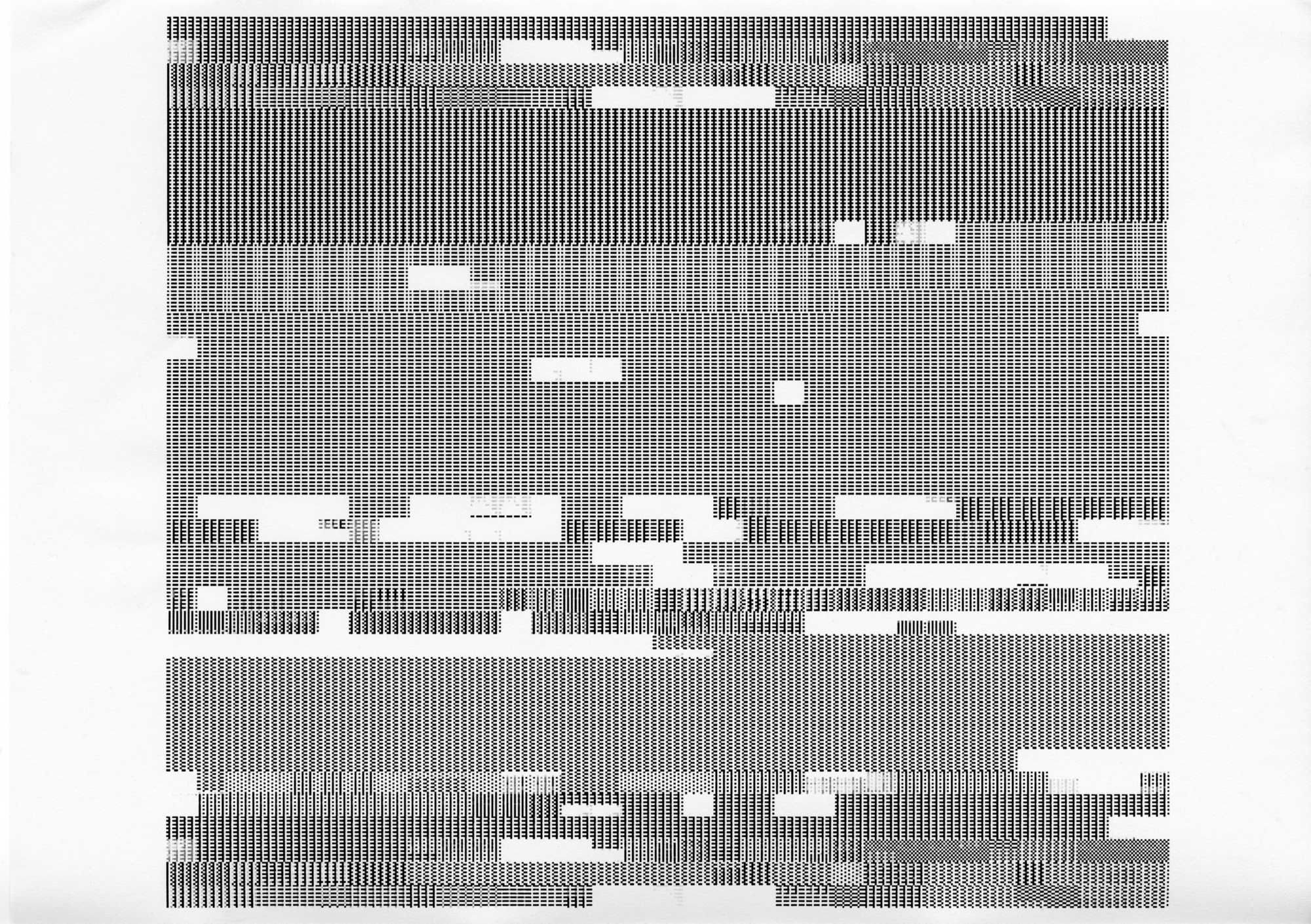 As part of the brief was to incorporate fan interaction. I asked fans of kraftwerk to listen to tracks and recorded their interaction with the microphne whilst listening to the kraftwerk tracks, I then mapped the frames and placed the mapped pattern onto ties, mugs, and items that could be used for promotion. 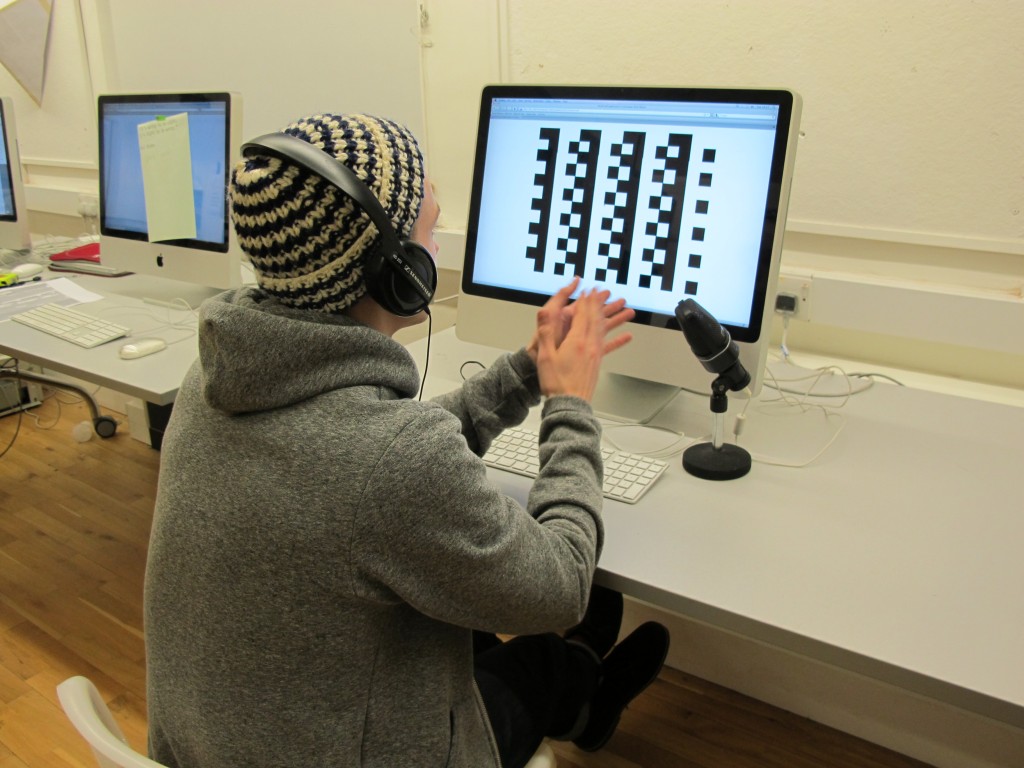 To illustrate the pocket calculator track, I printed each frame, trying to match pattern frequencies. 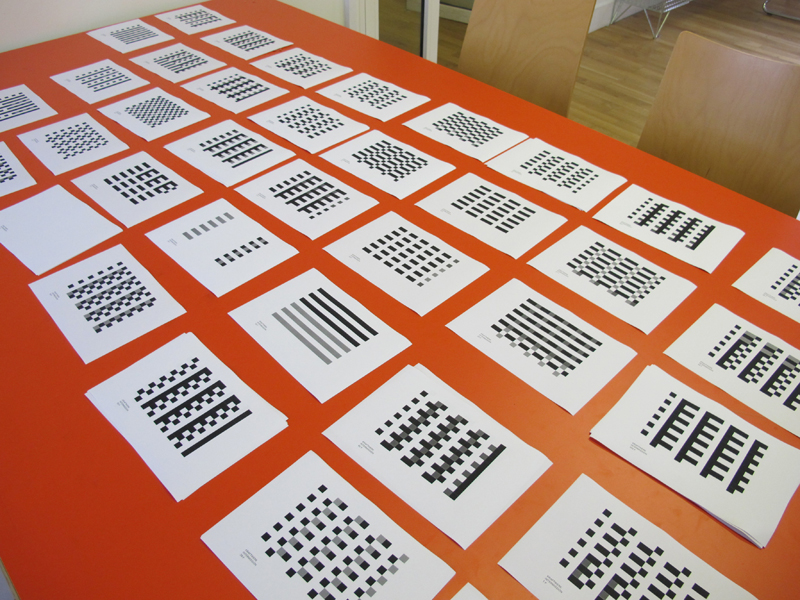 Calculating the frequency of frames 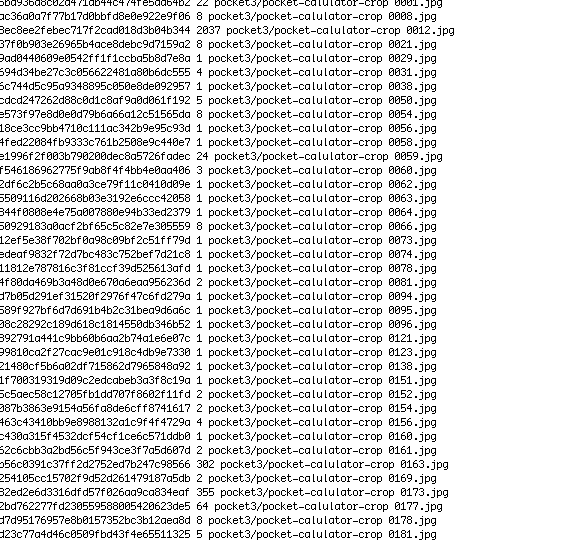 I then matched the frequency of the frames to the size, thus the higher number of frame repeats the bigger the frame. 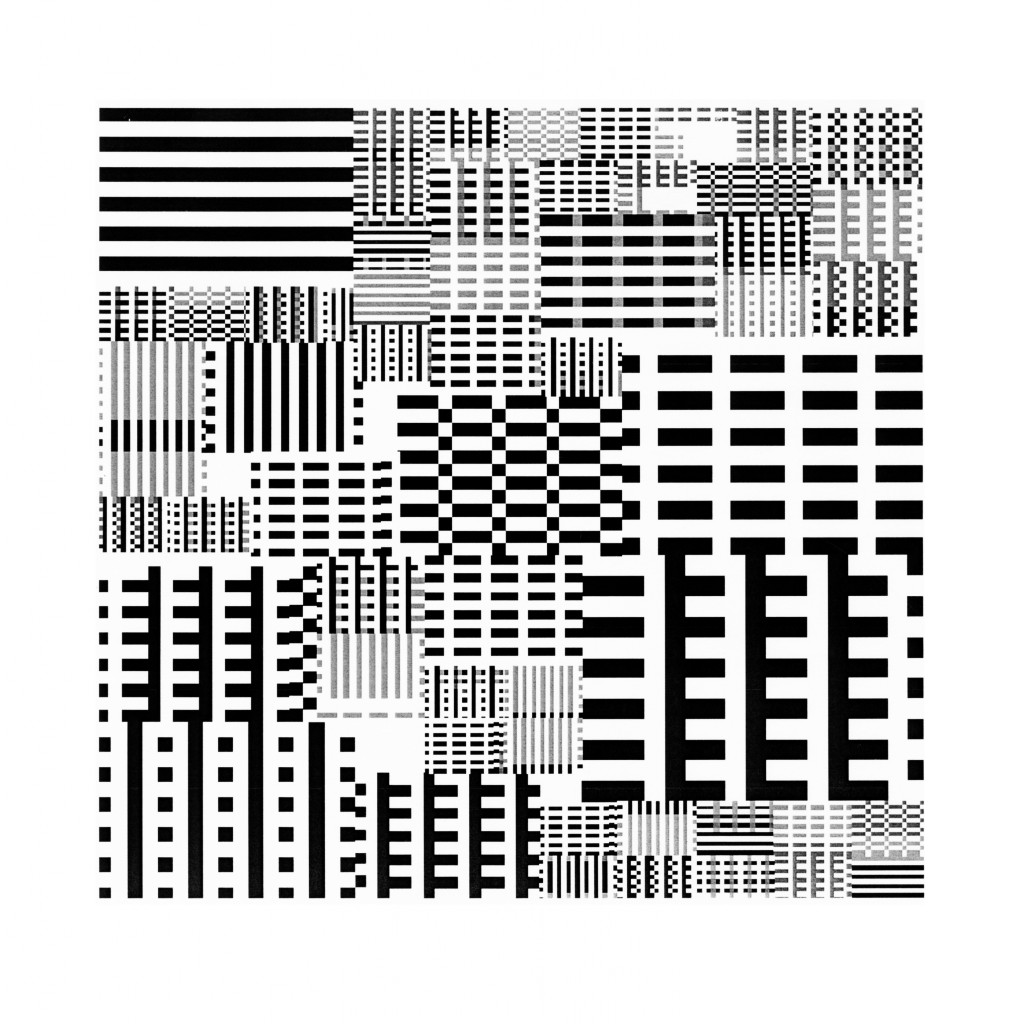 this got a big complicated at times – my desk 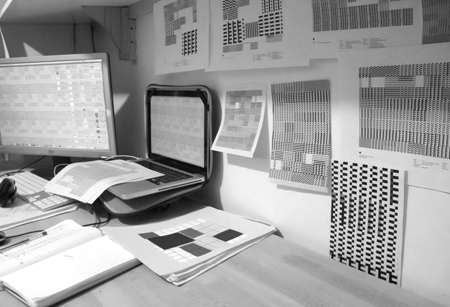 I then experimented with composition, using a photocopier to play, distort scale, invert and cut and paste. 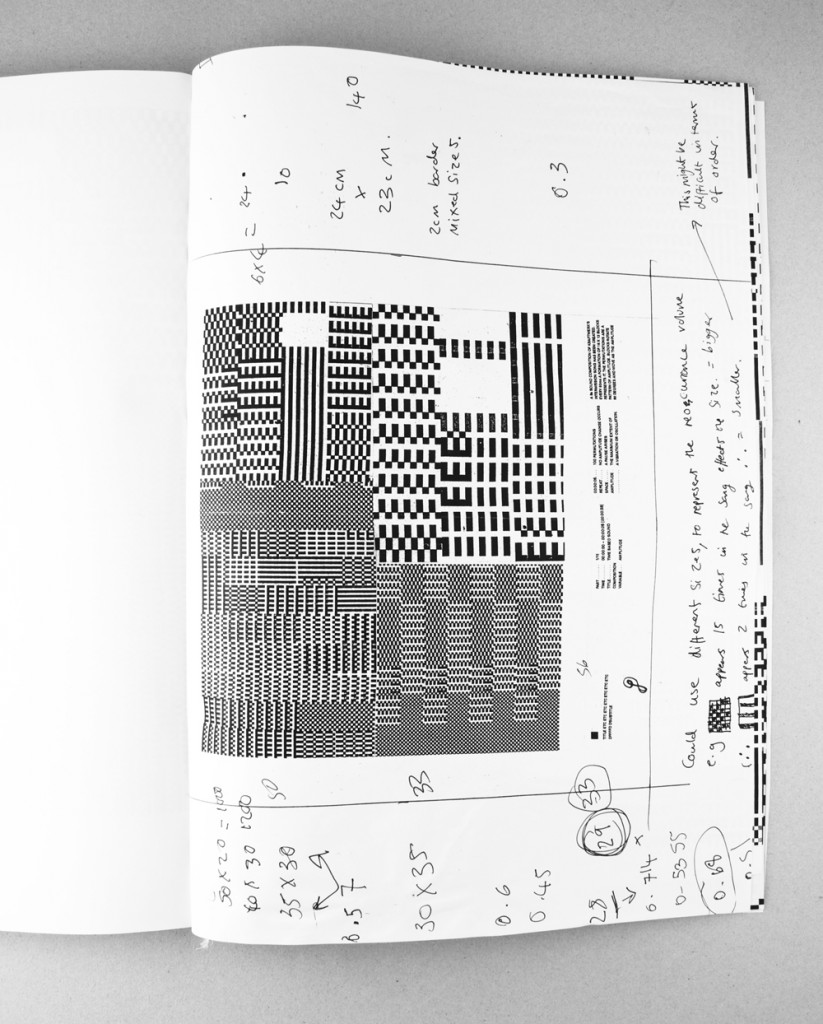 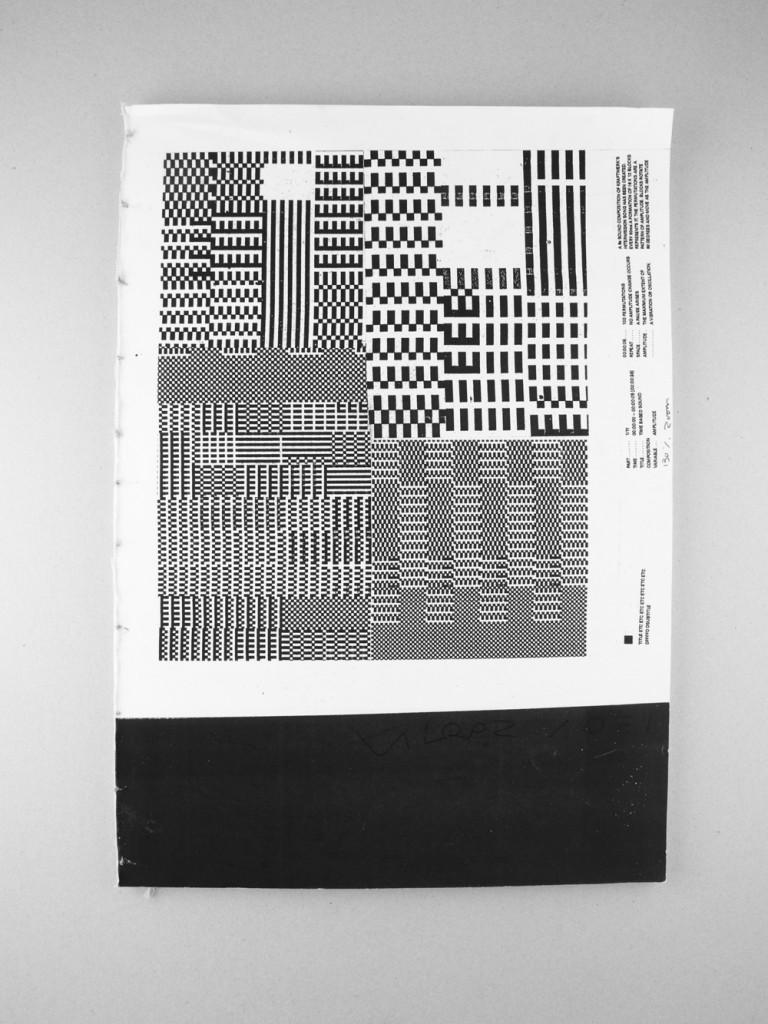