As part of the emerge exhibtion which will run during design week, I was asked to enter a brief set by pentagram.

The brief asked to choose a piece of typography that came from London and express it on a landmark.
This was my response. 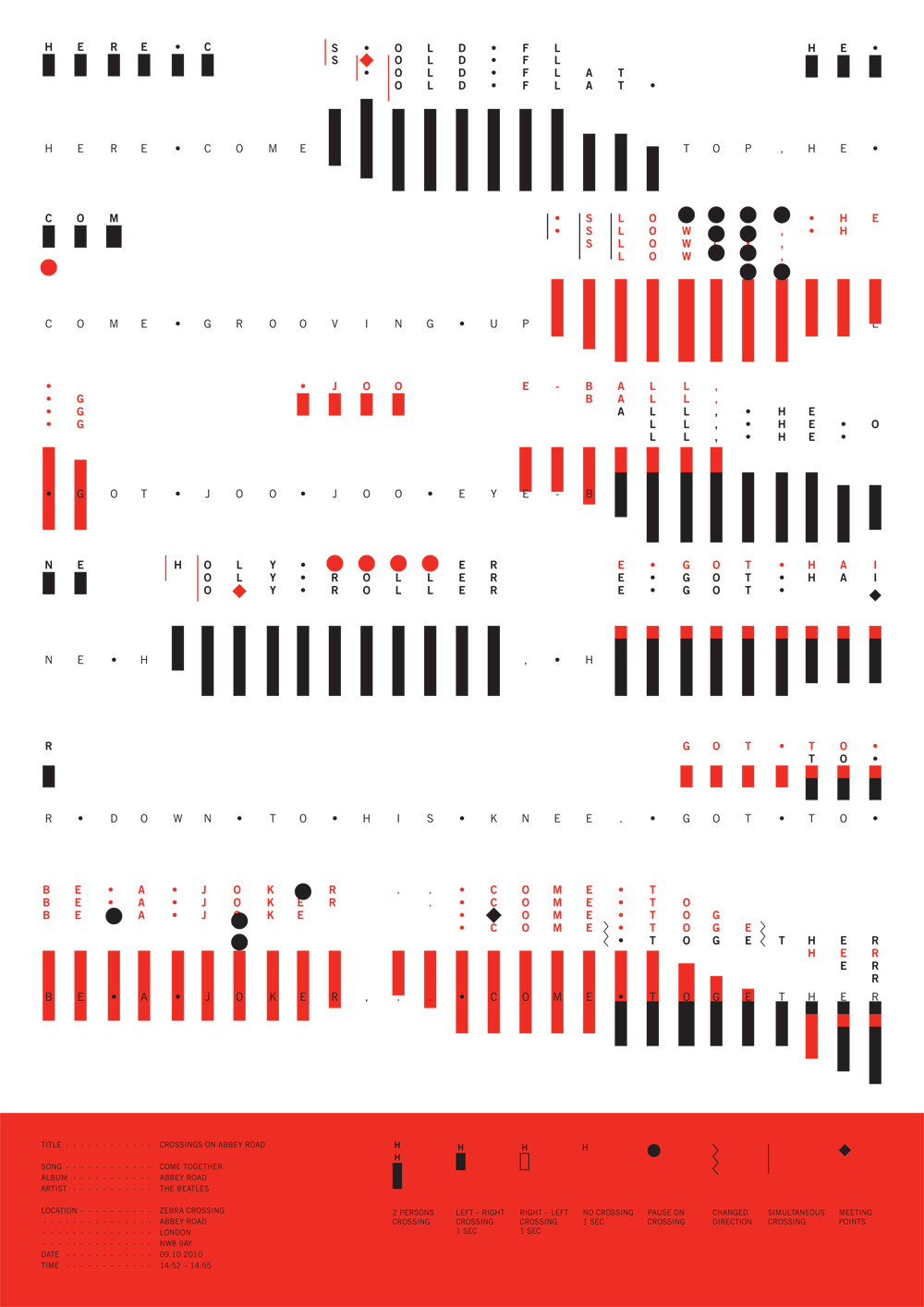 Forty years ago the Beatles crossed Abbey Road and the photo taken was used for their final recorded album. Since then Abbey Road has become synonymous with the Beatles and London in the swinging 60s. It has become an iconic landmark; a shrine for thousands of fans who visit Abbey Road every year trying to replicate the famous zebra crossing pose. Analyzing a web cam located above the crossing, the poster is a representation of fans crossing on John Lennon Day 2010. Using this information, I applied it to the album lyrics of “Come Together” with the idea that fans become participants in the design creation. Every letter or character of the song equals a second represented by a bar as people step onto the crossing. These representations are black when they cross left to right and red when they cross right to left. It was interesting to note that the end result resembled a sound desk, a piece of music or a keyboard – and a zebra crossing! Other interactions are recorded on the poster key. When fans step onto the crossing they interact with the design and the lyrics. For example in the final line,’Come together’ where there are four letters, four people crossed at the same time. A further outcome would be to project the design onto Abbey Road studio; a speaker would play sound-bites from the album corresponding with the fans’ movements on the crossing creating a ‘fan-made musical score’. For instance if 3 people walk on the crossing at the same time then 3 sound-bites will play; when they pause, the sound will stop.

This entry was posted on Friday, September 30th, 2011 at 4:34 pm and is filed under / / / / / post uni, pentagram brief. You can follow any responses to this entry through the RSS 2.0 feed. Both comments and pings are currently closed.